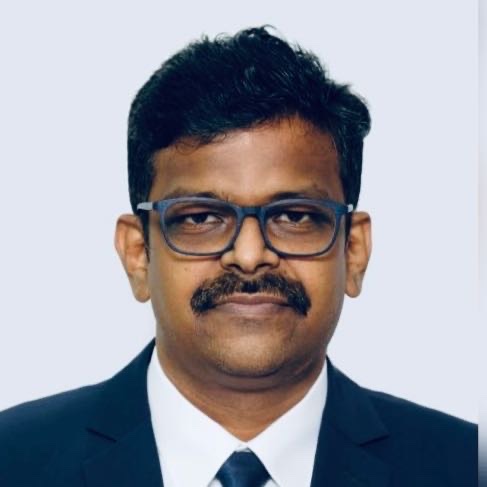 While the maritime industry is on a fast track to compliance and alignment with the International Maritime Organization’s global targets for carbon dioxide emissions, we see our role as one of the world’s largest ship management companies – with more than 600 vessels under our care – to be instrumental in helping the industry to navigate reform. With our experience and technical expertise at FLEET, we know compliance can be achieved through empowering our clients with customised action plans that include commercially viable operational and technical solutions.

With this in mind, we recently joined forces with our long-standing client, Spar Shipping AS, and global biofuels supplier GoodFuels to conduct a 10-day trial using biofuel in the 53,195dwt gear bulk carrier (2005-built) SPAR LYNX, while she was enroute from Rotterdam, the Netherlands, to Icdas, Turkey.

While there is currently no silver bullet for scalable zero-emission shipping fuel, we specifically wanted to test the viability of biofuel as an alternative fuel because it requires little to no technical modifications on the vessel and can be easily handled by our crew on board. We considered that a positive test result may be of particular interest to the owners of older vessels, where retrofitting energy-saving equipment is not financially feasible.

This pilot trial aimed to test safe operation and how to best limit marine exhaust emissions when using biofuels. Before beginning the trial, we studied the effects of various blends of biofuel fuel on marine engine performance and made two hypotheses based on the assumption that the density, net calorific value (NCV) and viscosity of biofuel would have a significant impact on carbon dioxide emission reduction.

Based on our hypotheses, we set a series of tasks and key performance indicators for the three phases of the trial: 1) Before fuel bunkering; 2) During fuel use; and 3) After fuel consumption. 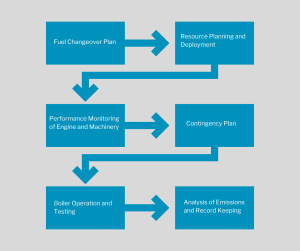 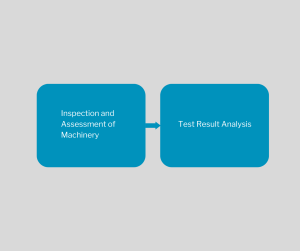 The trial began on 6 May 2022, where the vessel led by Captain Shekhar Kamra and Chief Engineer Praveen Vadekattu Sambukumaran received bunkering of 150 metric tonnes of biofuel in the port of Dordrecht. The fuel, supplied by GoodFuels, was derived from a variety of feedstocks, certified as 100% waste or residue, including processed used cooking oil, tallow, and animal waste fats.

The sustainable marine biofuel supplied by GoodFuels deliver a reduction of at least 75% in well-to-exhaust carbon dioxide (CO2) emissions. Over the voyage, Spar Lynx saw an 85% cut in sulphur oxides (SOx) emissions when compared to traditional fossil-based marine fuels.

The trial further confirmed the safety and technical viability of biofuels for the future fuel mix.

Following the trial voyage, no particulates or differences in engine performance were recorded, which demonstrates biofuel’s ability to seamlessly “drop in” to existing vessels, requiring no changes to existing tanks or engines.

In a similar vein, our analysis and continuous monitoring using a NOx (nitrogen dioxide and nitric oxide) meter supplied by GoodFuels showed the NOx emissions did not increase at a higher speed when using biofuel, contrary to some industry assumptions.

Looking ahead – the role of biofuel in the energy transition pathway

At FLEET, we are committed to being at the forefront of the global shipping industry’s green transition, and as part of this, aim to provide low emission or carbon-neutral solutions to our clients. As this trial demonstrates, this is now an increasingly viable proposition for ship owners – and particularly those of legacy tonnage.

There are, however, challenges regarding the use of biofuels in the industry that still need to be addressed and overcome, such as scalability and production issues, lack of infrastructure and short shelf-life. We believe biofuels should be further explored as an interim alternative until other future fuels – such as methanol, ammonia and hydrogen, which currently have their own challenges – become commercially viable and available at scale.

The outcome of the IMO’s Marine Environmental Protection Committee (MEPC) session in June 2022 – where IMO indicated that special dispensation on NOx verification is no longer required when using a blend of up to 30% biofuel onboard vessels – is also a positive development.

This IMO announcement, combined with our successful trial on SPAR LYNX in partnership with Spar Shipping AS and GoodFuels, certainly gives us optimism about the use of biofuels as we continue to support our clients in their green energy transition journey. 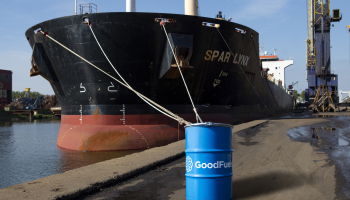 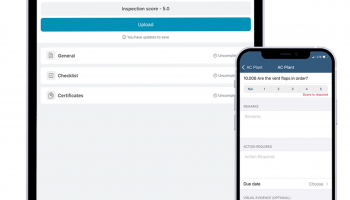